from a few of the Vizslas we have recently assisted…

In September 2016 we were approached to help rehome Kaiser, a 10 year old neutered male whose life had changed dramatically – a relationship breakdown with owners, and then his long term female Vizsla companion died. He was unsettled following and following the loss of his companion he was inclined to bark and be noisy. He was not allowed any access to indoors and so his life was one of isolation and loneliness.

Things became intolerable for the owner, and they were planning to put Kaiser into a kennel situation or surrender him to a shelter. It seemed a far better option to bring the poor old boy into foster care and work towards that new home. Many thanks to Pen Thomson, a very big fan of the veteran boys. She put her hand up to take him if no home could be found, though she probably doesn’t NEED another Vizsla. Instead she has fostered him on behalf of the club, and HVCNSW paid for his flight from Coolangatta to Sydney, where he was collected and taken to Vizsla paradise by Pen where he fitted in very well with her three Vizslas, has ignored the kittens, and been good around the horses. He has needed some house training(!), a sad reflection of the time he has spent outside through his life. 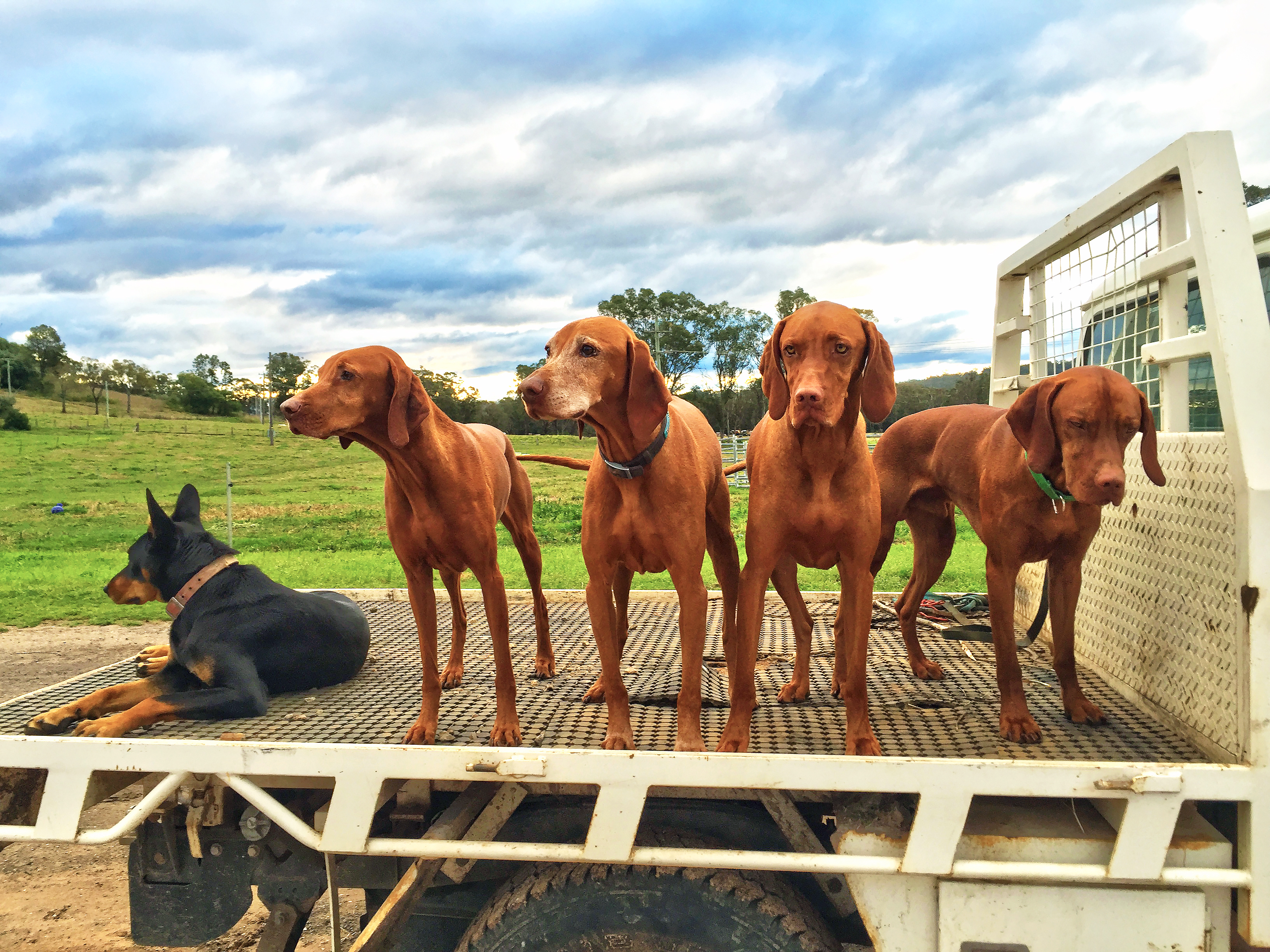 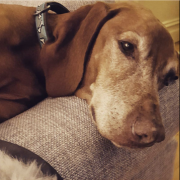 He was adopted by club members who have a six year old girl to keep him company and he has become a much loved member of the family. He is happy, bouncy and smiled a lot at the most recent club get together. Thanks to Shayne and Craig who have given him the love and security he deserved.

Once again, thank you to those who so generously support our welfare funds.

We will not go into details of Rosie’s circumstances and condition when she was rescued after having been left by her ‘breeder’ other than to say they were disgusting. A small local rescue group in Hay took her on and when we saw her story online we asked if we could help. 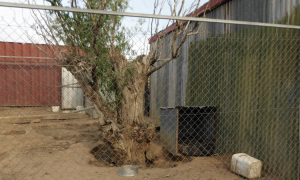 Rosie had been bred by someone who came to the breed their eyes on the $$$’s, no experience in the breed, and was immediately seeking to breed Hungarian Vizsla puppies. Two registered and at least one unregistered litters later, and Rosie was left along with her sire when the breeder ‘relocated’.

The rescue co-ordinator said the following – ‘Rosie has a beautiful temperament and when I took her to get desexed, the vet had to treat her for fleas before he could put the knife to her as they were embedded in her tummy from the dirt she always laid on.’

Rosie has found a very good home that had previous experience with Boxers, and update videos show that things are going well for her now.

The HVC NSW forwarded a donation of $200 to Arajoel Rescue for Rosie’s costs and the care they gave her in finding her a better life. 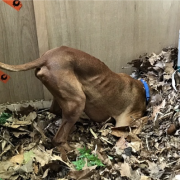 Roki was surrendered to the Animal Welfare League in Sydney, and they were concerned that he was not coping well with shelter life. A 6 year old neutered male from an unregistered breeder, he had a couple of issues the AWL were concerned about. He was cross eyed and it was initially mentioned that it was possible he might be going blind! He also had a painless lump over his left wrist which they were concerned may be cancerous.

Both of these were ‘worst option’ scenarios, but we agreed to have those veterinary concerns addressed once we took him into care.

So, after three weeks in a shelter, Roki went to stay with Pen at Vizsla Paradise. He was anxious, clingy and needy. The HVCNSW arranged and paid for a specialist veterinary ophthalmologist appointment to get an opinion on his eyes – fortunately that cleared him of ongoing concerns. He is – simply – cross eyed. We had his AWL x-rays reviewed by a veterinary imaging specialist at Sydney University veterinary hospital who declared it unlikely to be neoplasm, and most likely an old growth plate injury that had not been treated.

After giving him a relatively clean bill of health, we were able to address Roki’s emotional needs – and his house training!! Clearly, a neglected outside dog with few manners, not a lot of training and the ability to be outside for hours and walk back in and pee and/or poo in the house!! Fabulous Penny worked on this and made good progress. Not the easiest of foster issues – thank you Pen!

To be fair, Roki was great with the other dogs, great with the cats – though tending to be a little obsessive in finding them and watching them. He is certainly not the least complex of rescue dogs we’ve had through and finally after 6 weeks, it came time to find the very best home for him that we could. 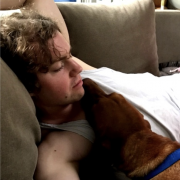 We found a great home for Roki, who adore him and where he has fitted in extraordinarly well. In addition to sponsoring his veterinary costs, and foster costs, we made a donation to AWL who cared enough about him to work with a breed club.

Our thanks to Roki’s family for the way in which they have fitted him into their lives, managing and adapting to his idiosyncracies.